You are here: Home / Teaching Tips / 3 Biggest Myths about Digital Devices in the Classroom 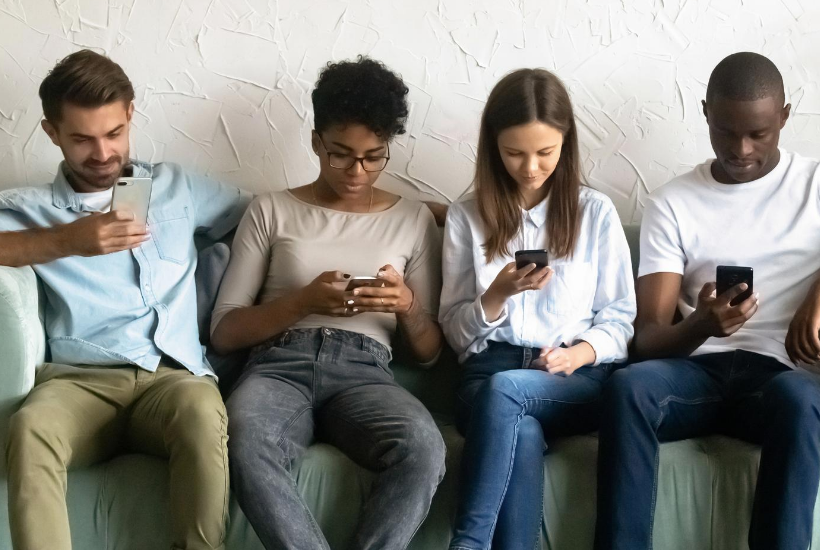 Some movements are so covert you almost don’t notice, and others are blatantly out in the open–your students are checking in with their digital lives.  Google “how to manage digital device use in a classroom,” and you’ll get a lot of links, but you’re not going to get real answers.  Three myths are damaging teachers’ ability to do their jobs.

Digital Devices in the Classroom Myth #1:  There is a secret to getting your students to pay attention to your class instead of their phones.

I’m sorry, but there isn’t.  As time goes by, people are becoming more and more addicted to the information they can get from their phones, whether it’s a meme, a cat video, the answer to a test question, or what their best friend said about someone’s recent break-up.  It’s the ultimate in operant conditioning.  It’s the definition of instant gratification.  You might find something that works for a while, but it’s not going to last.  You’re basically trying to distract addicts by offering carpet samples.  If you are old enough to remember the 90s, you probably look at teaching with nostalgia.  Wouldn’t it be nice to facilitate learning without trying to compete with smartphones? 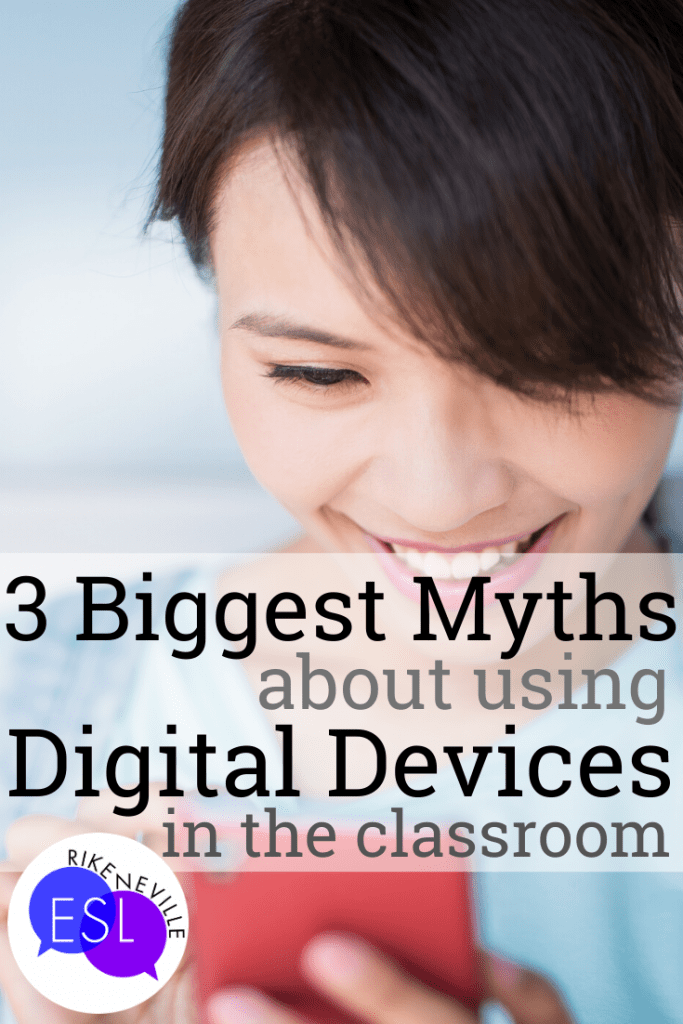 Digital Devices Myth #2.  If your lessons are engaging, students will pay attention and ignore their devices.

No.  No, they won’t.  They might for a short while, but unless you work somewhere that has a policy of no digital devices in the classroom (and that policy is consistently upheld by administration), it’s not going to happen.  Look, you are literally competing with everything on the internet.  No one can or should be expected/pressured to design a lesson that can compete with all that is available on the internet and win, so absolutely don’t feel bad when it doesn’t work.

Those smug articles that proclaim that all a teacher needs to do is be more interesting?  They were written by people flush with success, TEMPORARY success, who at the time truly believed that they had found the answer and were excited to share it with the world.  Who can blame them?  Every time I try something new (which is daily, by the way) that gives me an iota of success, even though I know better, I feel this sense of delight that THINGS WILL BE DIFFERENT FROM NOW ON.  They aren’t.  *sigh*  They never are…not for long anyway.

Myth #3.  Teachers should be incorporating digital devices into their lessons because these devices aren’t going anywhere.

Yeah, right.  This is an “If you can’t beat them, join them” sort of thing.  Again, you’re trying to compete with everything else out there!  I’ve personally witnessed my students flipping back and forth between Snapchat and Kahoot even when the Kahoot I made is reviewing them for a test they want to pass and has questions and answers that make them howl with laughter.  They’re still seeing and reading notifications from Instagram, WhatsApp, Twitter, etc. WHILE playing Kahoot,  WHILE doing research, and WHILE commenting on a classmate’s post in an online class group.  And it’s not just me.  I’ve seen it in other classrooms and have heard about it from other teachers.

But I know a great activity that requires students to use their digital devices!

Don’t get me wrong.  I’m not saying that you shouldn’t use digital devices in the classroom as part of the learning experience.  I’m just saying that counting on them to be powerful enough to prevent students from being distracted is going to leave you frustrated.  Trying to be more interesting than EVERYTHING on the internet is going to ultimately exhaust you.

So what’s the answer? 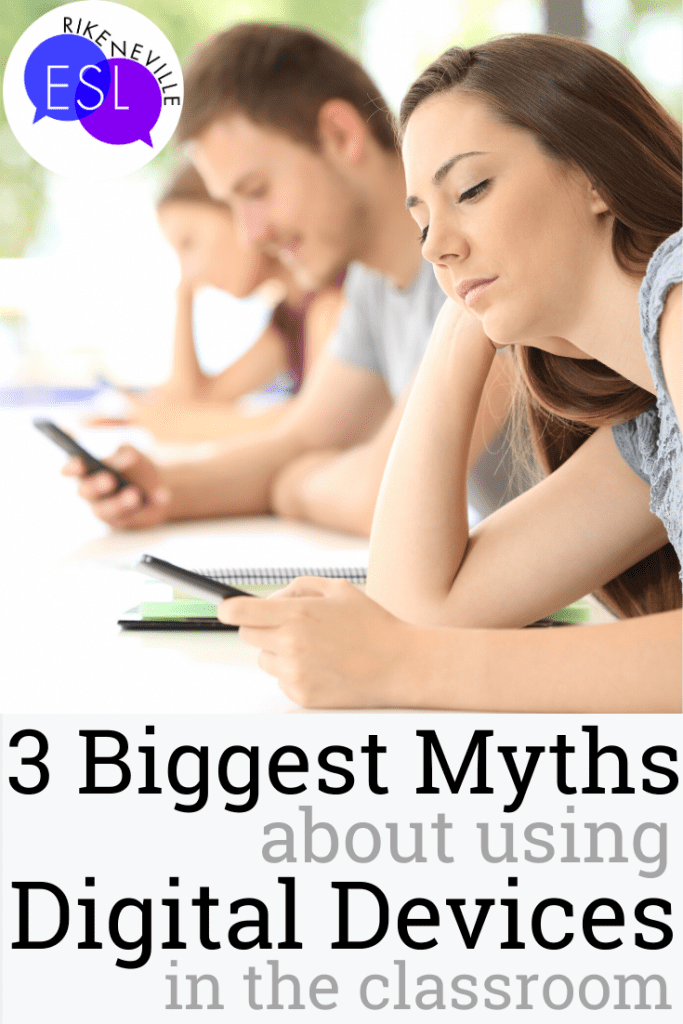 I don’t have any answers, and I don’t believe anyone does.  I think we’re going through a significant shift in how we, as humans, learn, communicate, and socialize. It’s going to take time for everyone to adjust.  Unfortunately, at the rate technology advances, I fear we aren’t getting the time we need.  I, for one, fear for the future.  I’m scared of someday needing surgery and having a doctor operate on me while being distracted by notifications from his/her phone.   Rampant distracted driving unnerves me to the point where I often choose to stay home.

I’m afraid that my choices will eventually be to join the Borg or live in the wilderness.  I’ve got all these fears that my students don’t have because they are in their upper teens and twenties. Unlike me, they don’t remember a time before being hyper-connected to everyone and the internet. To even think of disconnecting scares them.

And no, I’m not saying give up.  Unless you want to leave teaching, there isn’t much choice but to keep trying.  Teaching is an act of hope.  When you no longer have hope, you’re most likely better off finding a new career path.  AND THAT’S OKAY!!!  Just please don’t fall for what anyone says about a necessity for you to outperform the internet.  Don’t do that to yourself.

Be sure to read 3 Easy Hacks that Will Make Worksheets Exciting!

Want to talk about this topic with your students?  Take a look at Texting:  Discussion Topics.

Click below to get a FREE sample of FORTY discussion topic cards and join my email list for future freebies!