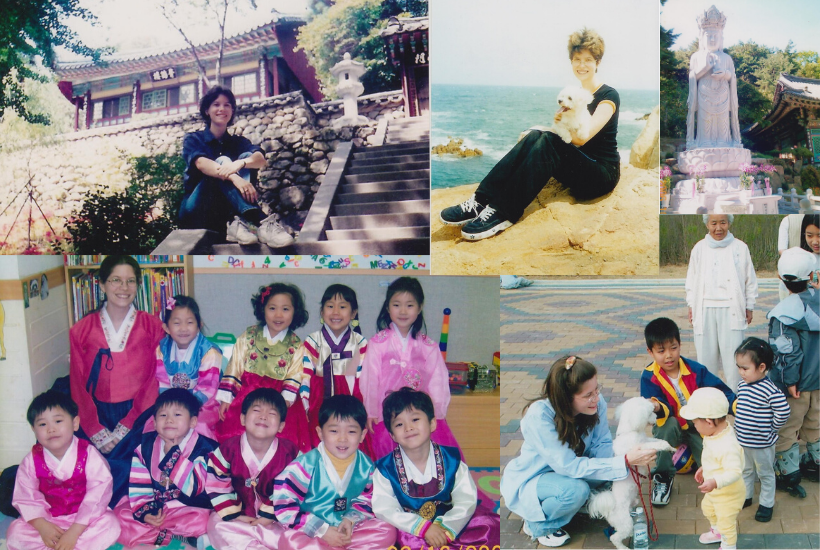 The reason I ended up surrounded by baby-faced soldiers toting machine guns all clamoring to get my attention during an impromptu English lesson at an airport during a layover?  Well…it all started with a cat.

How a Cat Led to HeeKyoung

I’d had Midnight since elementary school, so I couldn’t give her up and live in a dorm.  Instead, I got an apartment, which meant I had to get a roommate.  This was back in 1995, when people still put ads in local newspapers.  Cho Hee-Kyoung was the first to answer my ad, and I almost would have paid her to be my roommate because I was so excited to live with a real, live, international student.

Up until then, my plan had been to major in English education.  I thought I’d eventually get a job teaching in my old high school.  However, Hee-Kyoung opened up a new world to me as students from China, Korea, Taiwan, India, Pakistan, Japan, and Bangladesh started coming to our apartment, as fascinated by the opportunity to talk with an American as I was to talk to anyone NOT American.  I was holding informal conversation classes, editing papers, and having the time of my life.

Where in the World Will I Teach English?

Then one day, Hee-Kyoung suggested that I go to Korea to teach English after I graduated.  KOREA!  That was light years away from my hometown of Ponca City, Oklahoma!  She assured me that I didn’t need to know Korean because everyone would want to learn English.  In disbelief, I started doing some research.  Now, in 1996, the internet available was dial-up, without color, without pictures or videos.  So, my research was both online and in the library.  I narrowed down my choices to Taiwan, Japan, and Korea.

Taiwan was eliminated almost immediately as I had zero confidence in my ability to learn to speak, read, write, or understand Chinese.  I decided that while writing in Korean might be easier, essentially the level of difficulty between Japanese and Korean was pretty much the same.  Both cultures interested me equally.  The opportunities to teach English were similar.  So, like any college student, I looked at the food.

Japanese food is exquisite.  The Japanese basically serve you art on a plate.  Korean food looked more like something I could cook without even trying.  HOWEVER, while portion sizes in Japan seemed fit more for a child than a fully-grown adult, Korean portions looked almost too generous.  In essence, my stomach led me to Korea. 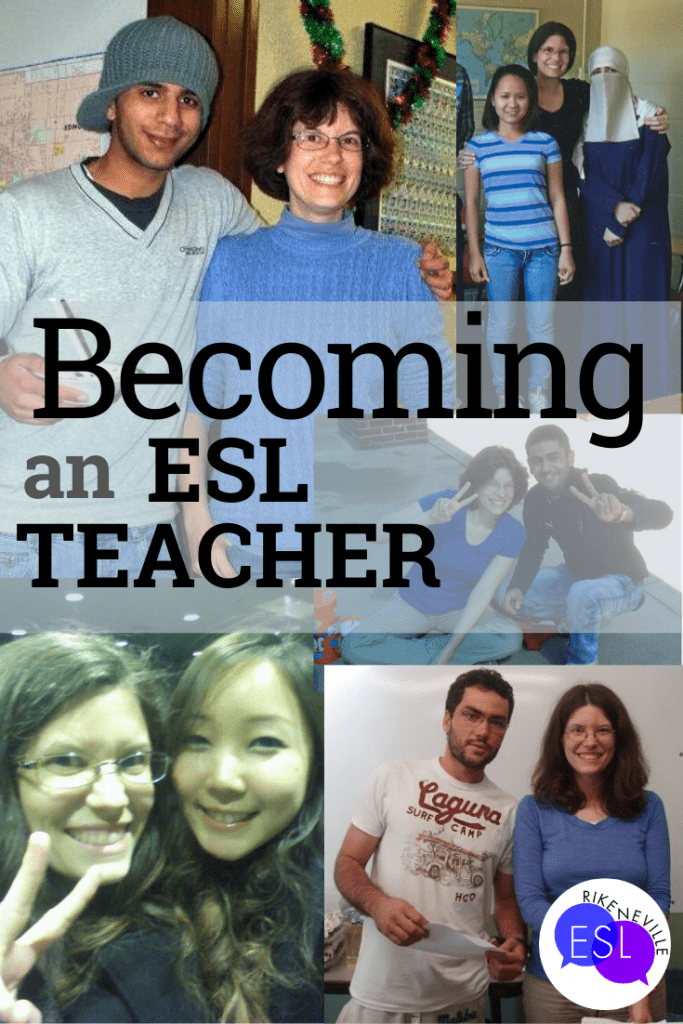 I switched my major from English Education to English so I could take more classes that I thought would be helpful to me in Korea.  Wanting more teaching practice and exposure to different customs, I began to look at my international friends and classmates with a new purpose.  I prepared to become an adult ESL teacher overseas.  (How I ended up driven from the local airport straight to a classroom full of children is another story.)

Growing Up in South Korea

Someday I might write about eventually getting escorted out of that airport in Seoul by those baby-faced soldiers armed with machine guns, with no place to go, and a few of the many other adventures I had while teaching in South Korea for almost a decade.  For now, I’ll just say that I grew up in Korea.  I became a teacher in Korea.  It was in big industrial cities and tiny rice-paddy villages that I developed many of the skills and techniques I still use today teaching adult ESL here in Oklahoma.  After I returned, I dove back into teaching, but this time with adults.  I earned my M.Ed. in TESL, hosted homestay international students, and began making resources to fill gaps in what was available.

What led you to become an ESL teacher?