You are here: Home / Speaking / How to Deal with Discussion Dominators in ESL Classes 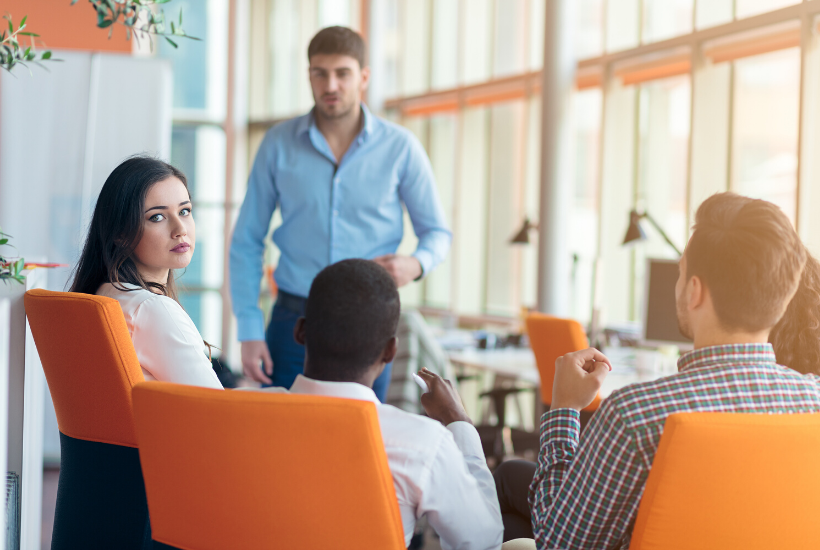 Wouldn’t you love to have discussions in ESL classes where everyone not only speaks, but takes turns, listens, and invites others to speak?  The thing is, we’ve all had that student, the one who dominates every conversation.  We’ve also had the one who never speaks at all.  Sometimes their culture inhibits them verbally, or their birth order in a large family has them clamoring to be heard.  The reasons for whether a student is an expert at pontificating or is a conversation wallflower are many.  One of my students refused to speak in class because she did not want any males who were not in her family to hear her voice!  But let’s get back to that dreamy class.

How do you get the ones who have opinions on everything to encourage the silent ones to take a turn? Without taking them aside and telling them, “I need you to be quiet so that others can talk”? I had that exact problem, and that’s when I started giving talking tickets.

What are “Talking Tickets,” and how can I use them for discussions in ESL classes?

They were simple colored pieces of paper, and each time they spoke up in class, they had to turn in a ticket.  When they ran out, that was it…they couldn’t talk anymore.  This had the added benefit of them thinking carefully about when they really wanted to say something vs. just talking to hear themselves talk.  Yes, I had some like that.  However, on the flip side, ALL of those talking tickets had to be used before the end of that class.  This ensured that the quiet ones spoke.

Then, to avoid being the one who did all the work in keeping a conversation going or getting students to ask a question or say something, I started making invite tickets.  Now I also required students to seek someone else’s opinion or encourage another student to speak.  This turned their focus more to their classmates.  Instead of directing everything to me, they started getting better at interacting with each other.

What if my adult ESL students aren’t listening?

However, I still had some that were completely disengaged while another person was speaking.  Enter the listening tickets!  Now they had to demonstrate engaged listening to use up their allotted listening tickets.  Sure, there was some eye-rolling initially, but as time went on, the eye-rollers realized something.  They were getting a better quality of feedback to what they said because people were truly listening to them instead of just hearing their words.

Eventually, I stopped merely handing out tickets to students at the beginning of every class and started having them be a more active part of the process.  The class with many students preparing for the IELTS creates a chart to illustrate how often each student speaks up (on average) in a class.  The class that has a good mix of cultures discusses what kind of speaking their culture values.

When we are ready to add in the invitation tickets, I first have them demonstrate nonverbal cues from their culture that indicates they want to hear what someone has to say.  Then we all work together as a class or in small groups to come up with what they can say to invite someone else to speak.

Before introducing the listening tickets, depending on class size, I have them brainstorm in small groups or as a whole class demonstrate nonverbal behaviors that show engaged listening and then list other ways to show that a person is truly listening.

What if using the discussion tickets takes up too much time in my ESL classes?

After a few days or so, I usually find that I don’t really need to use the tickets anymore.  The discussions in ESL classes become more well-rounded once students have learned how to take turns.  Occasionally I’ll pass them out again to reinforce the behaviors I want or because new students have joined the class, and sometimes there are one or two students who need them, but not the whole class.

How can I differentiate according to my students’ needs?

I limit speaking opportunities to the number of speaking tickets when I need to rein in any conversation dominators. However, if these are all used up before class is over, I just pass out a few more.  I always allow students to make more speaking invitations than they have tickets (provided that everyone has already had a chance to turn theirs in).  Likewise, I let them know that it’s not over when they run out of tickets.  I expect to see continued demonstrations of active and engaged listening.  I also tailor the ticket number to the individual student.  For example, I give a greater number of invite tickets to my verbally dominating students.

What’s the best way to organize this?

Use color to make organization easier.  I make each type of ticket a different color by printing them on bright-colored paper.  This also makes it easier to see at a glance who needs to speak, invite, or listen.  Students often help each other out by using an invite ticket to ask a shy student who can then turn in a speaking ticket.  The colors make it easy to know who they can help.

Try it!  Make your own tickets or grab (for free!) the ones I’ve already made and spend your free time doing something more enjoyable.  Use them with any of my discussion topic resources, and enjoy listening to your students in your conversation classes.  You can even use these in a grammar class.  I like to encourage them to ask each other grammar questions.

Struggling to come up with quality discussion topics for your adult ESL students?  Check out How to Cultivate Insightful Discussion Questions for ESL Students.

Click below to grab a free sample of FORTY discussion topics and join my email list for future freebies!